This presentation (given at the 2015 Computers & Writing conference) examines the rhetorical gesture of hyperlinks, suggesting an intervention to develop students’ skills using existing, familiar tools and technologies (the word processor and the ubiquitous hyperlink tool).

As the theme of this conference is technoliterate in(ter)ventions, I choose to present a call — or maybe a plea — for an intervention. I didn’t realize the need for the intervention until I left the environment of my graduate studies and found what I call the “little pond” in which the little fish presenting before you chooses to swim. You see, I went from graduate work and student teaching at UCF — a public, metropolitan, research-driven university with 60,000 students (the second-largest public university in the country) — to Saint Leo University — a rural, private, Catholic, liberal-arts teaching university with a campus of only 2,500 students. My current university is smaller than the high school I attended and later taught at.

But wait…there’s more. The composition courses I taught as a GTA at UCF followed the Writing About Writing curriculum spearheaded by Doug Downs and Elizabeth Wardle, the latter of whom happens to be the chair of the Department of Writing and Rhetoric at the school. In a sense, we were the cutting edge of that curriculum’s development, application, and expansion. Many of the terms highlighted in this weekend’s conversations were commonplace in departmental discussions and even course designs. Conferences like this one and CCCC resonated with me because they were in-sync with the work I was doing.

Then I moved just two hours down the highway to a school where I am the only faculty member who considers himself a compositionist, and that’s complicated by impostor syndrome and the fact that my degree was interdisciplinary. People ask if I’m the WPA. My response: “We have no WP for me to be the A of.” I work in an English department full of literature scholars, only some of whom are comfortable at all with the scholarship of rhetoric, to say nothing of digital rhetoric. Our curriculum comes right out of the 1960s. Whereas UCF’s classes explored issues of current research in rhetoric and composition, Saint Leo still teaches the modes. We expect a five-paragraph essay out of our first-semester comp students. Most teachers have a compare/contrast unit. The students write expository essays and often a process analysis.

This is the scenario I’ve been brought into. The struggle is real, people.

I hope that at this point it makes sense that I’ve spent most of this first school year trying to better understand our students and what the university expects of them (and vice-versa). I’m looking at the skills the students do and don’t have and comparing that to the standards set by the school. I’ve noticed two very frustrating issues that have largely been swept under the rug. First, students don’t need to be taught what our outdated curriculum teaches. The content of our 50-year-old curriculum has trickled down to the high-school level enough that our students can already do, in terms of form, what the course asks of them. That leads many teachers to frustrate themselves over matters of mechanics, rather than pushing students to learn new ways of composing. Our attention gets placed on things that help no one. But because you’re at this conference, you already know that.

The second problem is that our students lack flexible technoliteracies. They know how to use MS Word & PowerPoint because those standardized programs have become engrained in standardized secondary education systems. But they’ve not been exposed to collaborative writing tools, writing in digital spaces, or academic/professional uses of social media. They think that there’s only one way to write for school, which given their experiences probably equates to having one way of writing for anything more than social activities. Whereas my curriculum is stuck in the 1960s, my students are stuck with skills from the 1980s, plus access to Google. It’s a bit of a mess.

So that’s my troubling scenario. Now I’m going to go out on a limb and say that my scenario is far more common than seems obvious at conferences like these. People working for the thousands of teaching schools out there aren’t compelled to attend conferences and work on research to anywhere near the same degree as the prominent/dominant schools at these gatherings. We become, as John Silvestro suggested to me yesterday, the “silent majority”. I want to call attention to the limitations (of time, connection, and resources) faced by teaching schools that make it difficult, not only to keep up with current research, which should be expected, but also to implement that research and put it into pedagogical practice. To be clear, I am not calling for our research to slow down or for our scholarship to be completely accessible to freshmen. I’m highlighting the need for spaces where the gaps can be bridged, spaces where we specifically discuss the pedagogical how-tos of the theoretical how-comes. I’ll give an example in a minute.

I also want to go out on a limb and suggest that many of our incoming students lack some very fundamental technoliteracies that we all take for granted. When we implement cutting-edge theories of digital rhetorics in our first-year classrooms, we may be expecting more from our students than they are prepared to provide. Mary Stewart reminded me of one of Cheryl Ball’s keynote comments, about people who ask Kairos editors for help creating and archiving webtexts: They are asking for 20 years of situated, experiential knowledge. Much of the scholarship we see this weekend relies on similarly large amounts of disciplinary knowledge that we’ve spent years or decades acquiring. How much of that theory work can we apply to our first-year comp classes and expect it to benefit 18-year-olds who do all their work in Word and don’t know where to look to publish something online that’s bigger than a status update? We need to help ease them into the field, and first-year comp classes don’t often include the digital as part of their scope.

By way of example, let me talk about hyperlinks for a minute. I’ll confess that re-reading my proposal for this talk recently was embarrassing — all the sources I cited were from the early 2000s, but I think that’s relevant here: What my students need to know was being theorized back then. Aside from posts to social sites designed to curate external content (which of course has a value), my students have not composed online textual content that uses external content as support for their argument. They’ve used MLA Works Cited lists, but never the additional layer of metadata that hyperlinking can bring to a text. I’m suggesting that slowing down to explicitly teach students about hyperlinks — how to make them, how to implement them effectively, and how they enrich a text — would lay down some essential (and often overlooked) groundwork for the other work I hear people suggesting for students.

Teaching students how to make a hyperlink is a highly transferrable skill, working much the same way in Google Docs, WordPress, Microsoft Word, and nearly any other program designed to create web-based content. Teaching students the rhetorical implications of embedding a hyperlink, rather than explicitly stating a URL, leads to conversations about authorial intent and reader assistance. When we get students who think the only way to cite a source is to use sentence-ending parentheticals referencing page numbers, we need to show them that linking from within a sentence can be more rhetorically strategic, more beneficial for the text and reader, and even influential to the systems that crawl the web. (Who can forget the delightful systematic manipulation of search engines that derived the phrase “Google bombing” from “George W. Bush” and “miserable failure”? Or how fun/challenging it was to Rick Roll people?)

I’m going to risk stating the obvious here, but I assert that the process, methodology, and rhetorical implications of hyperlinking should be an explicitly taught skill in every first-year comp class, regardless of institution type. The skill is too helpful for it to go untaught, and the tool too ubiquitous for it to go unused. Most of the impressive work done by the folks gathered for this conference rely on hyperlinking to exist; we need to bear in mind how important it is and not overlook the tool or assume our students already know how to use it. I call for a specific intervention for our students: Explicit hyperlinking instruction.

I’m also asking for a general intervention on behalf of smaller teaching institutions: Let’s find ways to ensure the important work of our field remains relevant and accessible to those who don’t have massive departments, massive budgets, or even graduate programs. Those of us at small schools should be talking specifically about ways we can help move our schools forward. You know, at least into the theories of the 1980s. 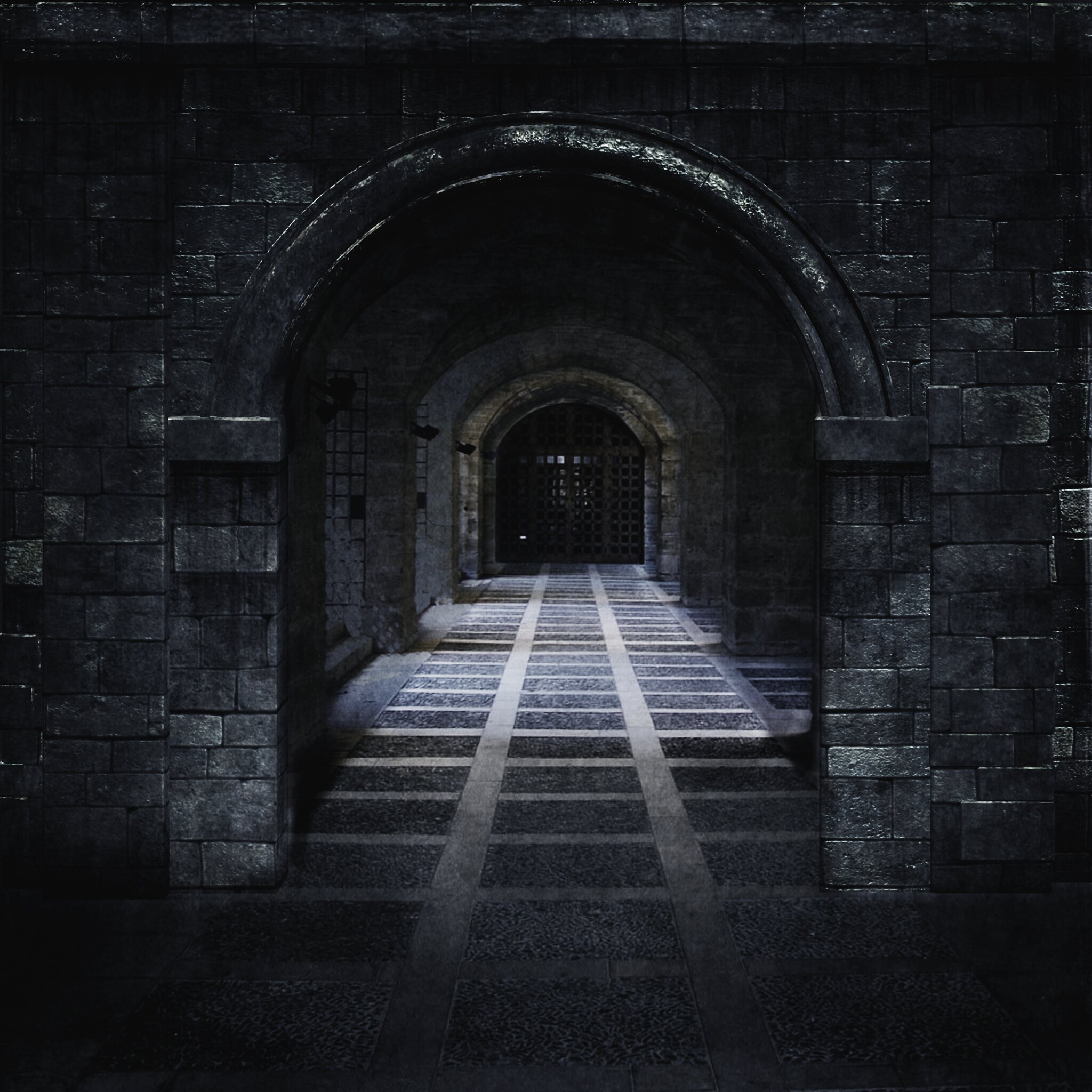 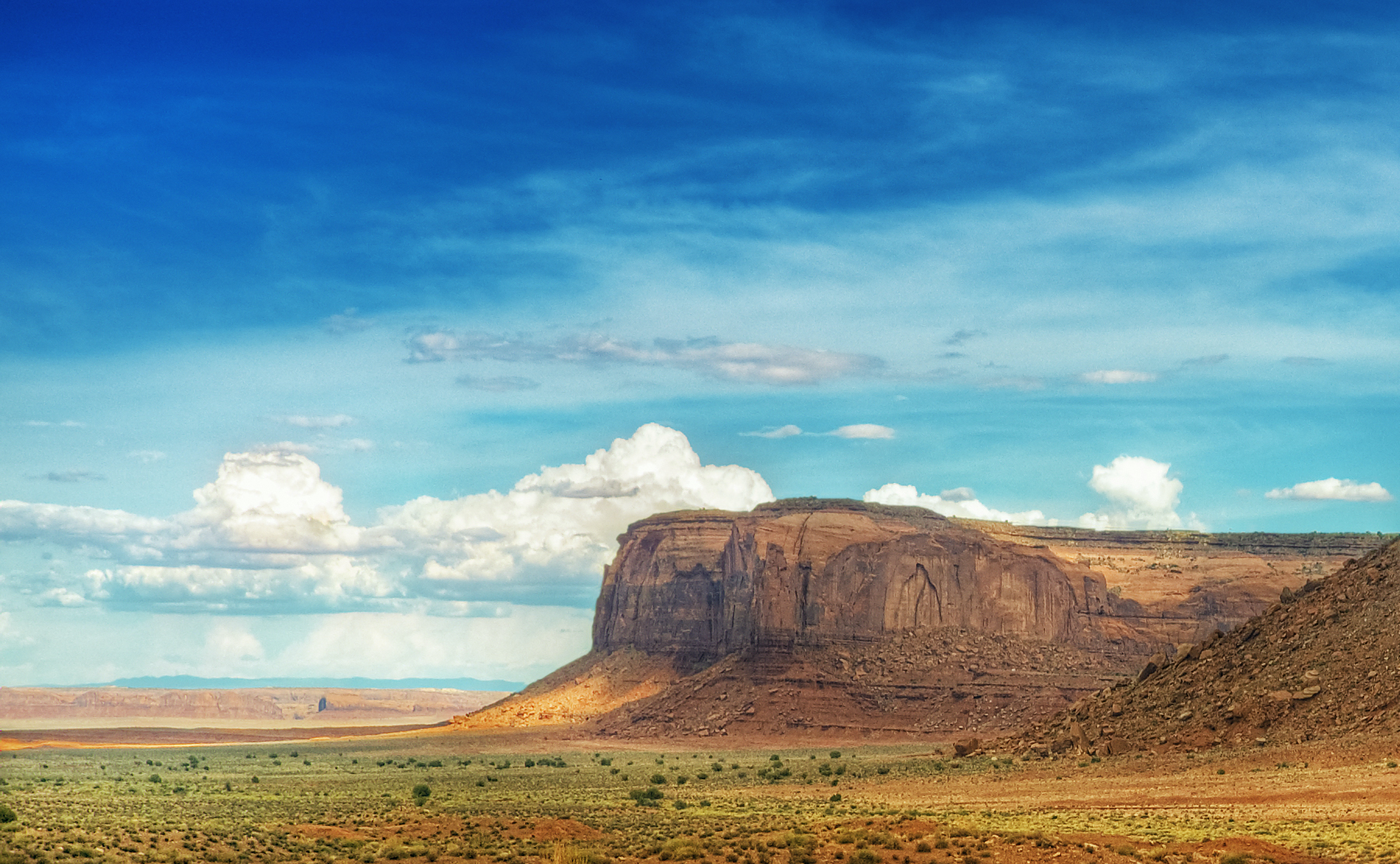 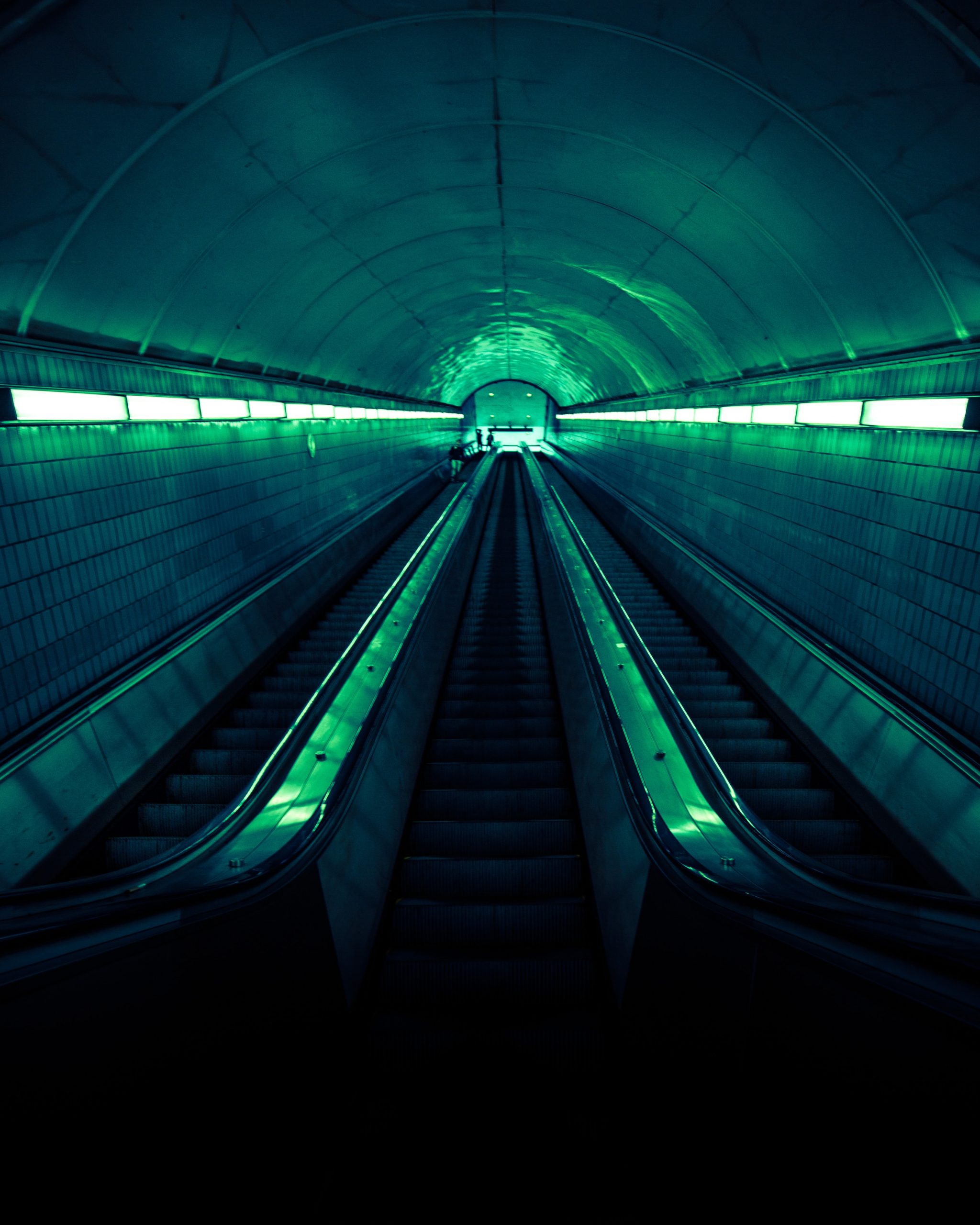 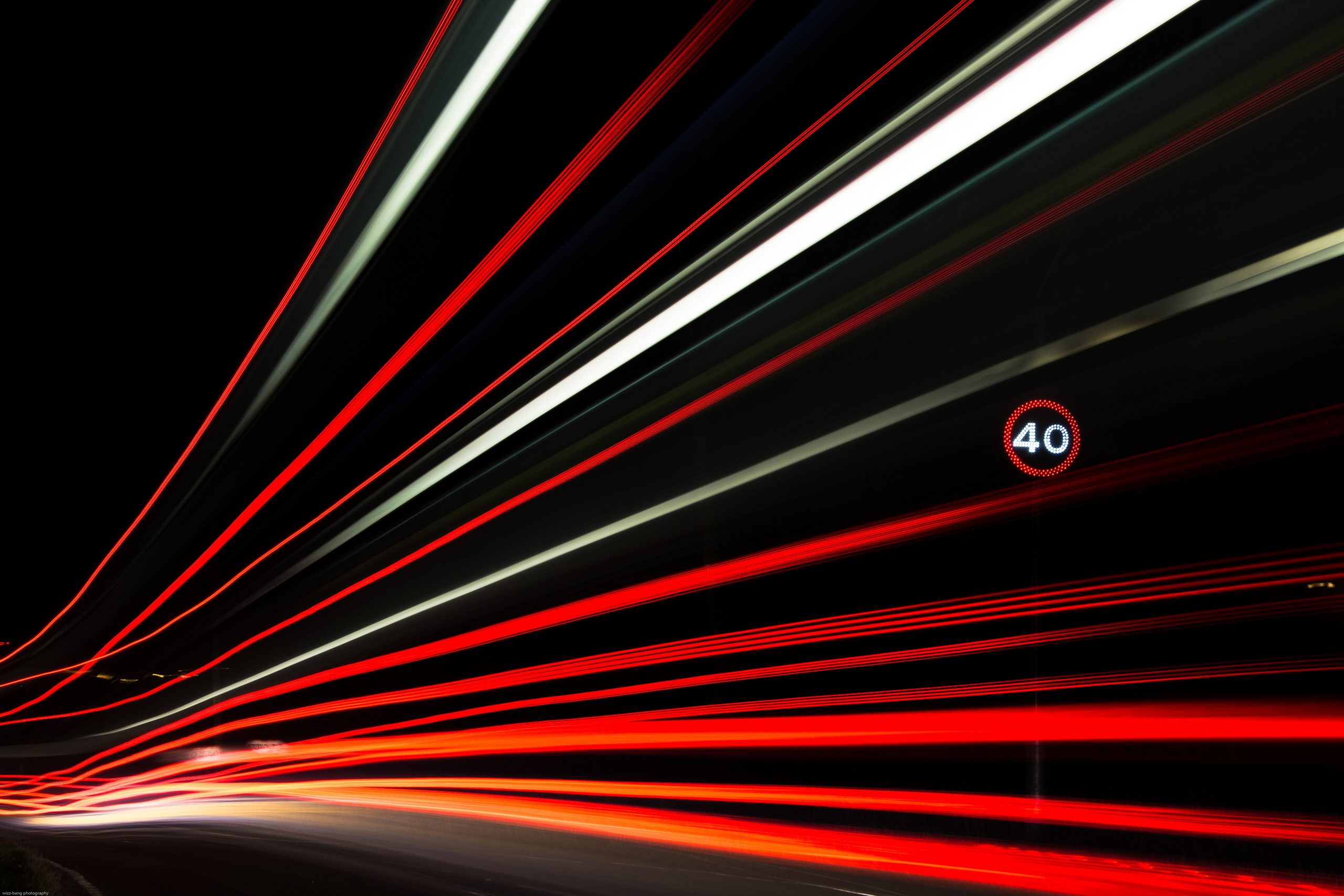 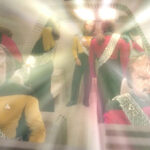 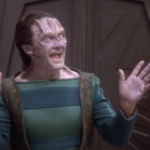 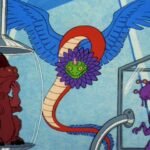 How Sharper Than a Serpent’s Tooth
18 Jan 2021Chris Friend