I still remember waking up the morning of June 12, 2016. The night before, I had crashed in a friend’s Vancouver, BC, apartment. Later that day I was heading to the Digital Humanities Summer Institute. That morning I checked my phone only to find more new text messages than I usually have in a week. The messages came from family and friends worried about my safety after hearing news of the Pulse massacre in Orlando, Florida, where I grew up.

The experience of that entire day warrants a post of its own, if not an entire memoir. But I’ll never forget the profound innocence of a question my host asked me. I sat on the couch, trying to process the information trickling in. I alternated between reading and crying, feeling helpless and disconnected from friends and loved ones. My host provided patient comfort as well as anyone can in such circumstances. After we each had time to process the basic facts of the situation, we started talking in an effort to build context around our understanding of the events.

At one point, my Canadian host looked up from reading a news source, confused by an American political assumption. “What is this ‘second amendment’,” he asked, “and why do you have it?” That simple question gave me mental whiplash as I tried to interpret the scene through my friend’s eyes. To a Canadian, in the hours after a 49-victim murderous rampage, the sheer notion that our government would protect someone’s right to own a semiautomatic weapon probably qualified as unfathomable. To a Canadian, the need to protect weapon ownership as a “right” simply didn’t compute.

In the July 5, 2020, letters to the editor in the Los Angeles Times, Glendale resident Peter Marston puts the issue of rights in an international context. This, even better than my friend’s question four years ago, explains why our national discourse seems out-of-sync. Marston explains:

In other countries, rights are things the government bestows upon its people, but in our system of government a right is something the government cannot take away without a compelling reason. Thus, we have many fewer rights.

In the U.S., the citizenry has been cultivated to believe our government might become tyrannical at any time, and we’ve been given protections allegedly to ensure it doesn’t. (Yes, I know that sentence needs about fifteen asterisks for qualifiers and disclaimers. Bear with me.) Whereas in other nations, the government is seen as a service-provider, here, it’s often crafted or portrayed as a threat. We need to be alert in case our government wants to take away some right or another.

The United States has a detestable history of standing idly by as small groups of people protect their advantages against the perceived threats of equity. It takes decades and a string of court cases to undo the damage and scale back the injustices. Because, as Marston says, our government focuses on taking away rights rather than granting them.

And that’s why conservatives and libertarians fear liberals who put our faith in government to provide services and protections. From the libertarian perspective, the government is the enemy, rather than a service. Yet that relationship has recently been flipped, thanks to the current federal administration. Supporters of the 45th president believe he protects them from attack. The rest of us feel like our rights are under attack.

These days groups often clamor to best each other in a contest of greatest rights violations. Some people say their right to an in-person education is at stake. Others say their right to a healthy environment is on the line. And who can ignore those few-but-loud people claiming the right to commerce: to get a haircut, a beer at a watering hole, or a meal hand-delivered by a person making less than minimum wage. We now fight over rights because we seem not to agree on values.

As of last week, the U.S. President, the U.S. Secretary of Education, the Florida Governor, and the Florida Commissioner of Education each demanded that schools reopen next month. They make that demand despite skyrocketing infection and death rates. These high-profile (and high-stakes) decisions from state and national offices use classrooms as weapons. Yes, opening schools gives the appearance that we’re in a better place now than we had been in March when everything shut down. But that’s a lie. The situation now is far, far worse — particularly here in Florida. Sending our nation’s children back to school now will make SARS-COV-2 spread like wildfire.

Children aren’t particularly good at keeping distant from one another. Young children tend to touch their own faces rather often. And more than anything, kids like to socialize. Indeed, socialization often ranks as an important benefit of sending children to school. But, as we have seen throughout this pandemic, socialization leads to transmission. Children will unknowingly take the virus to school and unwittingly transmit it to other children, who will then take the virus home and infect their families. We have been told lately that children are more resilient to COVID-19. We are not told that those children’s parents are likewise protected.

Hundreds of thousands of people will die in the next two months, and many of those deaths will come directly from the premature decision to physically re-open up our classrooms. This decision amid the spike in Florida’s COVID-19 cases shows our government’s priorities for schools and teacher safety. Rather than protecting the systems we have in place for socialization, upbringing, and (lest we forget) learning, we weaponize them.

Schools provide social services unavailable elsewhere — think free/reduced-cost lunches, counselors, school nurses, libraries, computer labs, etc. Many families rely on these services to survive, and the strain of providing lunch for children stuck at home during a lockdown can crush family finances. To those families, reopening schools sounds like salvation. Caregivers working “essential” jobs need to send their children somewhere while they report to work. This problem applies most frequently to low-wage jobs that require a physical presence … and are therefore at greater risk of exposure to the virus.

Meanwhile, caregivers working white-collar jobs often work remotely, eliminating the need (and added cost) of childcare. Affluent students have options. They have easy access to food in their own kitchens, remote-access technology in their homes, and online schools as options. Forcing schools to re-open in the fall forces poor students to risk illness while allowing privileged students to stay safe.

We face a crisis of values because we see schools as a panacea, a one-stop shop for youth services. If schools focused on learning while other institutions provided other support, we could keep schools closed for safety without disrupting all social services open for those who need them. Government could continue providing those things that elsewhere are seen as rights.

Do children have the right to an education during a pandemic? Of course. Do they have the right to stay safe during that same time? Also of course. When two kinds of human rights sit at cross purposes to each other in a time of crisis, we rely on our values to guide our decisions. In a nation without universal healthcare, our values too often benefit the wealthy at the expense of the poor. Those values need to change before this fight over rights has to work its way up to the Supreme Court. Too many of us will be dead by then. 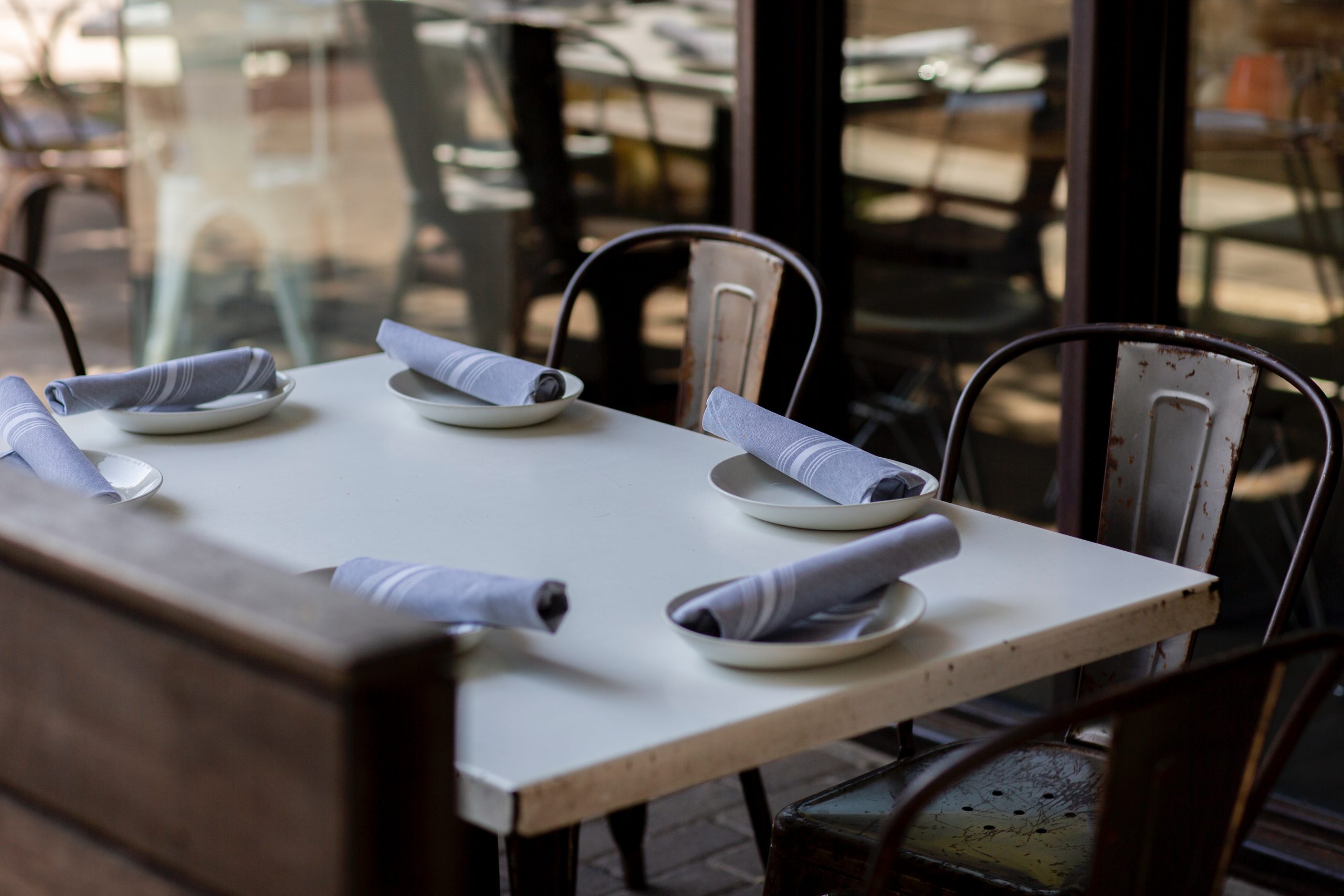 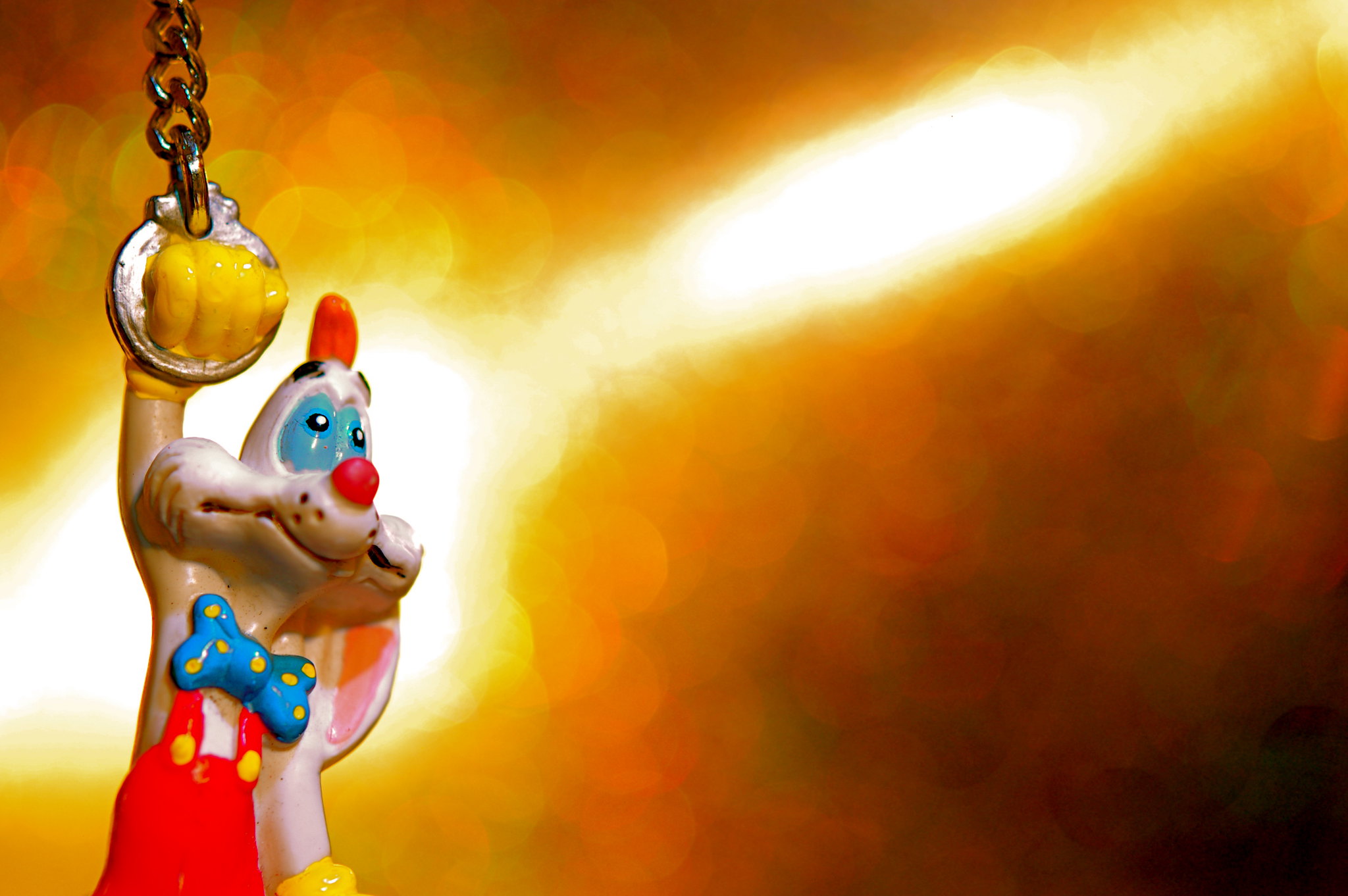 Those who obsess over learning outcomes should ensure outcomes are flexible enough to allow for individualized learning, not rigid for standardization. 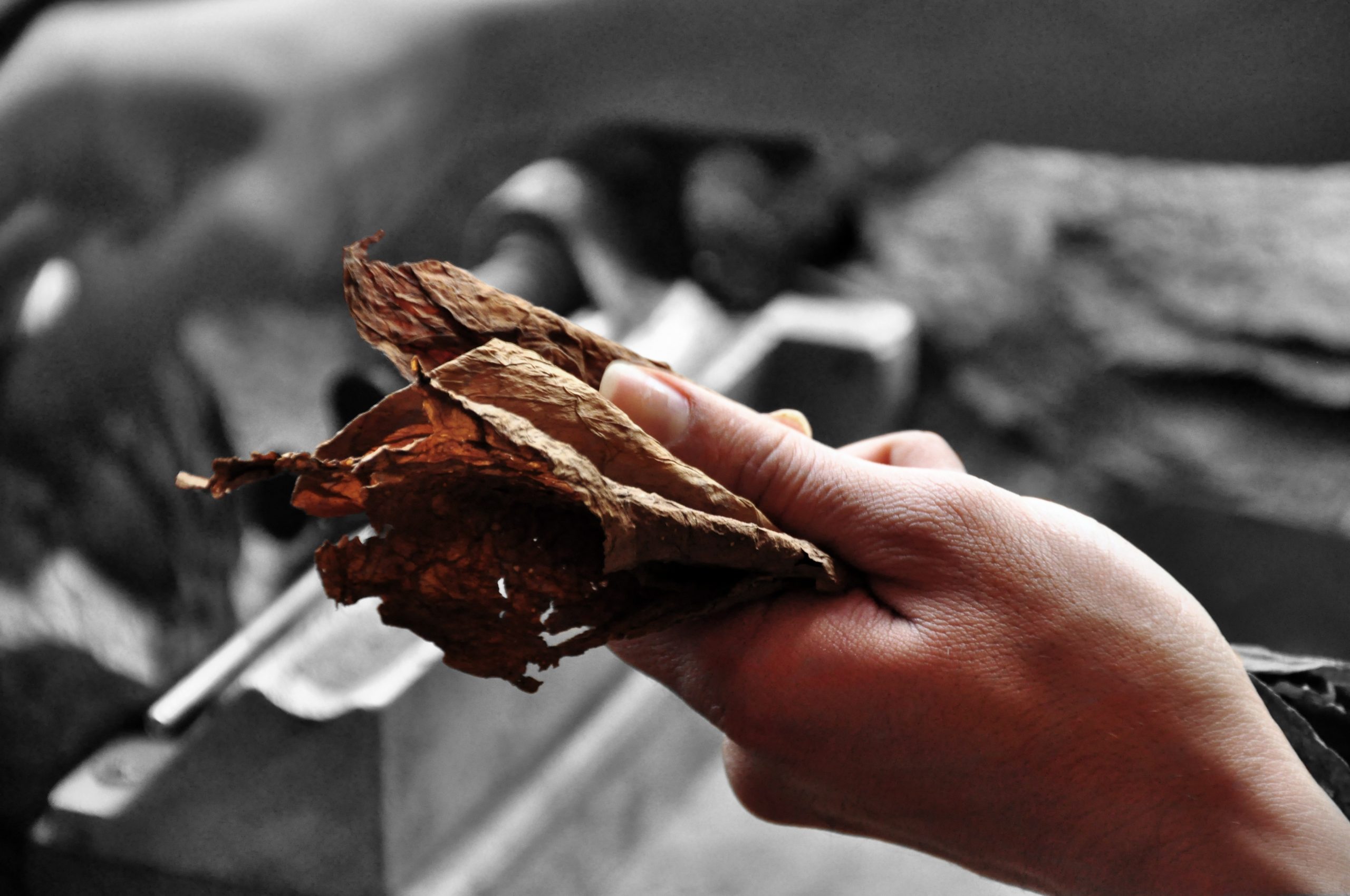 From Mickey Mouse to Cigar City

Grad students applying for jobs — and their graduate programs — must know themselves, their expectations, and their audiences for the job market to work. 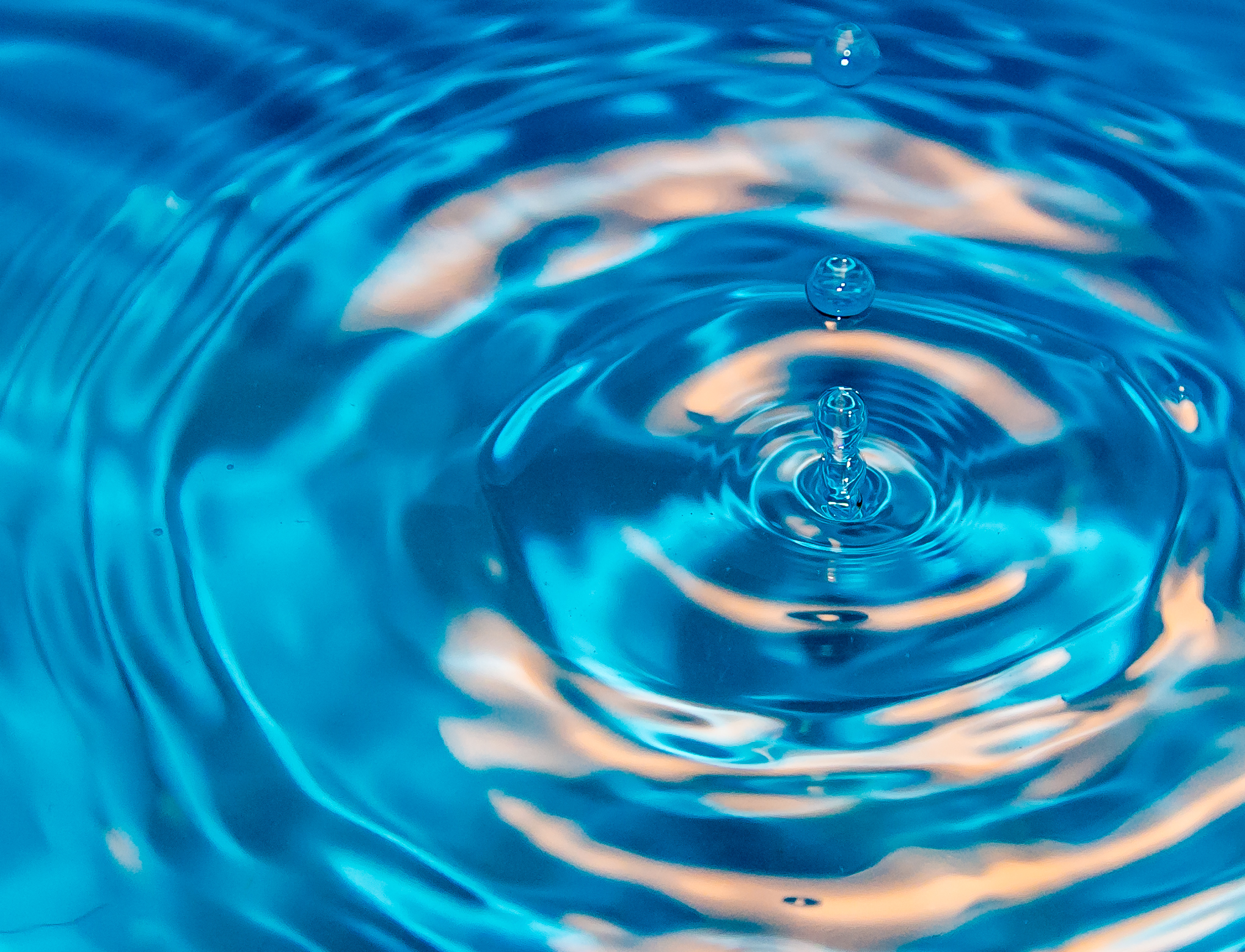